The Nordic countries (Denmark, Sweden, Norway, and Finland) are setting up national clinical precision cancer trials together, modeled on the very successful DRUP trial in the Netherlands.
On 11-16 November 2021, a Memorandum of Understanding was signed to this effect by the leaders of the DRUP and the Nordic Precision Medicine Trial Network (ProTarget in Denmark, MEGALit in Sweden, IMPRESS-Norway, and FIN-PROVE in Finland). 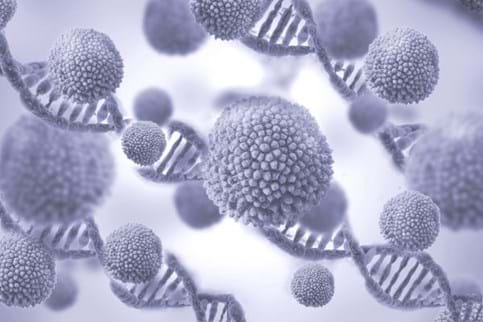 A ‘Triple win’
The partners agreed to harmonize study designs, define similar clinical endpoints, and share data. All study cohorts will be opened in parallel in all the Nordic trials, and opened cohorts will be shared in a collaborative database including open and closed DRUP-cohorts.
‘This is "a triple win” - for cancer patients, investigators, and industry partners’, says Kjetil Tasken from IMPRESS-Norway, ‘as we will now be able to generate and gather evidence more rapidly on very rare combinations of diagnosis, mutation, and treatment to allow for early implementation of new cancer medicines.’

Drug Rediscovery Protocol
The DRUP (Drug Rediscovery Protocol) is a nationwide Dutch study in which small groups of patients with advanced cancer and no further treatment options are treated with off-label precision drugs, based on their molecular tumor profile. The first results of the DRUP study were published in Nature in 2019.

The DRUP was launched in 2016, after a large genomics study, based on whole genome sequencing of patients’ tumor DNA, had revealed that in 13% of all cases, DNA mutations were present for which registered medicines used for other cancer types were already on the market. ‘In the DRUP, we grant patients access to these medicines, and at the same time build up a sound knowledge base,’ says Emile Voest from the Netherlands Cancer Institute and DRUP.

International collaboration
Henk Verheul from Radboud university medical center and DRUP: ‘When patient numbers are very small, as is the case in this type of personalized cancer treatment, international collaborations are extremely important to be able to include patients as well as build evidence. We will now be able to help more patients, and at the same time gain more knowledge about treating cancer patients in a way that takes both molecular tumor profile and tumor type into account.’

Now that the Netherlands and all the Nordic countries have joined forces in clinical research, the overall population base has more than doubled. ‘This is an important start,’ says Kjetil Tasken. ‘By collaborating successfully, we hope to position for bigger European collaboration.’