'Interesting. Let me think about it.’

Last year, in the midst of the first lockdown, researcher Chao Yang moved to Amsterdam to work at the Netherlands Cancer Institute, which harbors over 50 nationalities. What is it like for him as a Chinese researcher to live and work in The Netherlands, in times of increasing anti-Asian sentiments of various origins? Experiencing life in the Netherlands and science at the NKI, he sometimes feels like he’s living in a movie. In both a positive and a negative way. 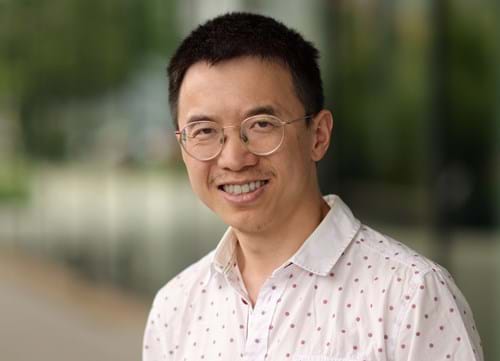 How did you end up in the Netherlands?

“After my wife and I finished graduate school, we wanted to explore the world. To experience different cultures, philosophies and ways to do science. My wife and I both did our PhD research in Utrecht. After that, I was looking for an international research group with a good reputation. That’s how I ended up joining the Reuven Agami groupat the NKI.”

Have you experienced a culture clash since moving from China?

Well… I felt surprised and a bit uncomfortable to see gay people openly hugging and kissing in public. I knew the Netherlands is quite open about this, but it still surprised me to see it in front of me, happening so naturally. In China you never see this.

Another thing that really surprises me is that Dutch people never invite me to their home. I have invited them to my home and we also had dinners in a restaurant, a wedding in a park or church, but never their home. Maybe they want to be more private, I don’t know. If you travel to China, people would invite you to their homes and introduce you to their friends, relatives, their friends…”

Are Chinese people are more open in that sense?

“Yes. At work, this is totally different though.”

What is it like for you to work in the Netherlands?

“People here are very direct and open, and can have different opinions and openly discuss those. I like that. I think it is inspiring how scientific discussion here can become a hot debate. For me, this only happened in the movie, and in my imagination, haha!”

Did you manage to adapt to this new work culture?

“It took me at least 2 years to speak up more. In China, people tend to be polite and indirect in discussions. A Chinese person would say ‘maybe this is not very convincing’, where someone in The Netherlands would say ‘you’re totally wrong.’ So in the beginning, all I said was: ‘Interesting. Let me think about it.’”

Do you feel comfortable being more direct?

“Yes, it works better for me. I feel it allows for closer contact, more efficiency and a more open scientific debate. In China, there is too much bullshit. You have to mention all someone’s titles if you address him or her: professor, doctor, director… and then their name. Here I can just say: ‘Reuven, I have a question’. Or: ‘I think it is not right.’ In China it would not be polite to directly debate with a group leader or director.”

You became a father during your PhD, right?

Yes, my son came a little bit as a surprise, haha! In China we call it Yuan Fen, which means something like destiny. He turned out to be very easy, open, curious and strong. So we thought: this baby stuff is not that difficult, we can do this. Half a year ago our baby girl as born, who turned out to be totally different. She is more sensitive, a little bit scared, and she can cry very loud. But if I hold her she’s okay. It’s not just because of corona that I don’t go out anymore.” 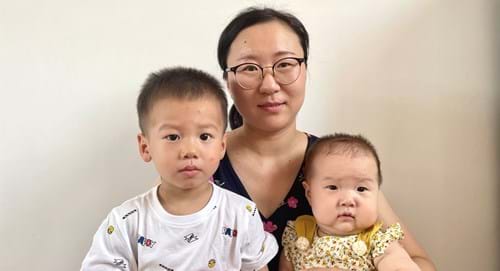 Have you heard any misconceptions about Chinese people over the years?

“People may think that every Chinese person eats dogs and is a communist party member, which is ridiculous. I think 99.9 per cent never eats dog, just like me. And I’m not into Chinese politics. Eating dog meat is limited to some specific areas with specific traditions. People also they think they know Chinese food because they’ve eaten in a Chinese restaurant here. The food actually differs quite a lot from region to region. What amazed me is that hardly anyone knows about the real size and different areas of China. Not everything is close to Beijing, haha! My wife and I are both from China, but we were born 2000 kilometers apart. That’s roughly from here to Greece.”

Some people question the quality of scientific research done in China. How do you feel about that?

“A quarter of all publications in Nature, Science and Cell originate in China. So if you think these journals are of good quality… these are good papers. China is so big, and has so many researchers, of course there will be someone who is careless or cheating. At the same time, I think some Chinese researchers might not be properly trained for what they are doing. China’s research funds have increased immensely in a time period of around thirty years, and the researchers are still the researchers. They do what they can. In general, it is improving.”

How about people accusing China from stealing knowledge abroad?

“For me, scientific knowledge is something that shouldn’t belong to one country. This discussion of stealing knowledge is more a political one about competition and power, in which America bullies a country if it competes with their technological systems. As for spying: America is the best. China is probably also spying but not as successful as America, because we all use American systems, which are monitored by America, according to Edward Snowden.”

Why do you think diversity is important in science?

The coronavirus has caused a lot of negativity towards China. How have you experienced that?

“When I came here, I felt a bit like everyone else. Since the pandemic, I feel more like an outsider. I have been stared at a lot, especially when I wore a facemask before it was mandatory. Man, it took the Dutch government só long to decide this! There was a lot of fear among Chinese people at the time, because of the reports about aggression. ‘You should go back to China’, someone said to me while I was buying some groceries for my family. And a stranger greeted me at a traffic light with ni hao. This was nót just a ‘hi’. Recently a guy on a scooter stopped and said: ‘Hey Chinese guy, do you have the coronavirus?’ The biased reports in the Dutch media might have been responsible for these things.”

How did you respond?

“I was shocked. I haven’t learned how to respond to things like this. I think I said: ‘goedenavond’ or something. Luckily, most of my negative experiences are just about words. One exception is the night someone kicked our door, shouting ‘Chinese virus, fuck China, go back to China!’ He broke the door and fled.”

“We have never felt anything like it. My wife and 2-year-old son were so scared, he was crying like hell. To see this broken door, glass all over the floor, I could not believe this was really happening. Again, I felt like I was living in a movie… My wife is strong, but she’s still a bit scared and feels unsafe. We have three locks on our door, and I have to call her before I go home so she can open them for me. She wasn’t like that before.”

All this hasn’t made you want to leave the Netherlands?

If you leave, you feel like a victim. I feel like Chinese people should speak up, fight back against racist people, to unite and have a shared story. I believe that if you fight, than you can deserve something. If you just wait, nothing may ever happen.”