With the aid of zoos from all over the world, an international group of scientists has managed to unravel the way in which chromosomes (DNA) organize themselves in the cell nucleus. They investigated a variety of organisms, ranging from peanuts to piranhas. Researchers at the Netherlands Cancer Institute showed that a protein complex called condensin II plays a crucial role. They will publish their results on May 28 in Science.

Genetic material, DNA, is distributed over our chromosomes. These long, stringy structures consisting of the well-known double helix are stored in the nucleus of the cell. Benjamin Rowland of the Netherlands Cancer Institute: “We have conducted exciting experiments in which we saw that the chromosomes suddenly organized themselves differently in the nucleus once we removed the protein complex condensin II.”

Own territory in the cell nucleus
“Human chromosomes are organized in the cell nucleus like individual nests of dry noodles. They all have their own territory,” Claire Hoencamp, PhD student in Rowland’s research group, explains. “Somewhere in the middle of those nests is a centromere, the center of the chromosome. If you remove condensin II, all centromeres of these various chromosomes suddenly cluster together, so you lose those individual nests.”

Austrian castle
Rowland presented these surprising results during a conference held in a small castle in Austria. One of the attendees was researcher Erez Lieberman Aiden from Texas, who recognized these transformations in chromosome folding in humans from his own research into mosquitoes and mushrooms.
A spontaneous conversation grew into a large-scale collaboration between multiple teams in Amsterdam, Houston, and Boston. As part of the DNA Zoo consortium, the researchers in Houston collected materials from zoos all over the world. This allowed them to map out the way chromosomes are organized throughout the animal kingdom, in plants, and in fungi. They noticed that organisms often have either one type of chromosome folding (separate nests, like in humans) or another type of folding (centromeres clustered together, as seen in mosquitoes). As it turned out, organisms that naturally lack condensin II do not have these separate nests.

People versus mosquitoes
Hoencamp: “Now we know that we humans owe the type of folding of our chromosomes to condensin II. Once that is removed, our chromosomes fold in the way you would expect to see in mosquitoes or mushrooms. Thanks to computer simulations performed by our colleagues in the US, we now understand why those noodle nests disappear.” Rowland adds: “It would be one step too far to claim that we now know how to turn people into mosquitoes or mushrooms, but in terms of the way their chromosomes organize themselves in the nucleus, we can.”

What does this mean for cancer research?
Chromosome folding plays an important role in the cell – in turning genes on or off, and in fixing damaged DNA, for example. That determines the way in which the cells in our body behave. And DNA damage can occur as a result of sun exposure or cigarette smoke, which in turn can cause cancer. “By having a better understanding of the way chromosomes fold within the cell, we hope to fathom the ways in which these processes go wrong in cancer cells. This may help improve treatment for cancer patients in the future.”

New questions
Thanks to this unique collaboration the researchers have gained new insights, which – of course – immediately lead to new questions for further research. Rowland has recently been awarded a prestigious Vici grant to help him find answers to these questions. Rowland: “We look forward to be able to delve deeper into this great new conundrum.” 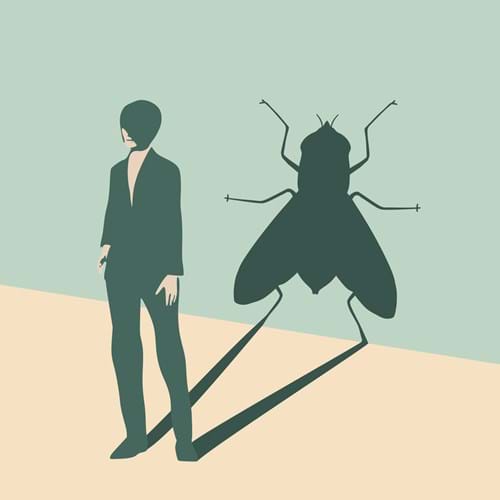 Scientists from many different institutes contributed to this collaborative study. Key contributors are:

Several illustrations covering this research can be downloaded from this mediakit.