Women who have received fertility treatment in the past, such as in vitro fertilization (IVF) are not at increased risk of developing ovarian cancer compared to other women, not even in the long term, after 20 years. However, women who have had IVF treatment do face a slightly higher risk of developing borderline ovarian tumors, tumors that show behavior patterns somewhere in between benign and malignant tumors. That’s what Mandy Spaan of the Netherlands Cancer Institute shows with her research, involving more than 40,000 women. The results of her study have been published in the renowned Journal of the National Cancer Institute (JNCI) on November 18. 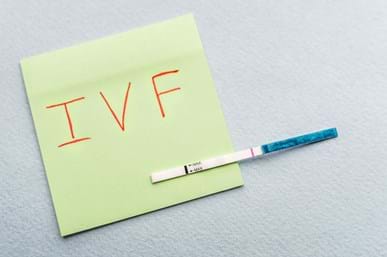 The idea behind the study
The research into the risks of developing ovarian cancer was conducted to test the hypothesis that exposure to large amounts of hormones in IVF treatment could increase the risk of ovarian cancer. Ovarian stimulation to induce ovulation during IVF treatment was said to increase this risk. Besides ovarian cancer, the study investigated borderline ovarian tumors as well. A borderline ovarian tumor is not a cancer precursor and has a good prognosis, although women with these types of tumors face extensive surgery and may experience substantial symptoms.

40,000 women
Mandy Spaan’s research is part of a greater national study, the OMEGA study. This project investigates the potential long-term health problems after IVF treatment. More than 40,000 women who had received their first fertility treatment between 1980 and 2000 participated in the study. Information about (potential) pregnancies and cancer risk factors was collected through a questionnaire. Data about fertility treatment was gathered from their medical histories. Details about ovarian cancer and borderline tumors in OMEGA-women were collected by connection to two disease registries; the Netherlands Cancer Registry (IKNL) and the nationwide network and registry of histo- and cytopathology in the Netherlands (PALGA). The study was led by epidemiologists prof. dr. Floor van Leeuwen and dr. Sandra van den Belt – Dusebout (both of the Netherlands Cancer Institute) and gynecologists prof. dr. Curt Burger (Erasmus MC) and prof. Dr. Nils Lambalk (Amsterdam UMC) and has been conducted in collaboration with 12 IVF clinics and two regional fertility clinics in the Netherlands.

Follow-up research
This increased risk of borderline tumors of the ovaries may be caused by IVF, although if this were the case, the researchers would expect to see this risk increase in people who have received multiple IVF treatments (more hormones and more stimulation of the ovaries). This makes the link between IVF treatment and this increased risk uncertain – it may be caused by other factors, such as the severity of infertility. The age of the women at the end of the study was relatively low with an average of 56 years. Because ovarian tumors tend to occur in women of 60 years and older, it is vital to continue to follow these women. Only then can we determine whether IVF increases the risk of borderline tumors, and make statements on the risk of ovarian tumors in women over 60 years old.

This study was made possible through the financial support of the Dutch Cancer Society.